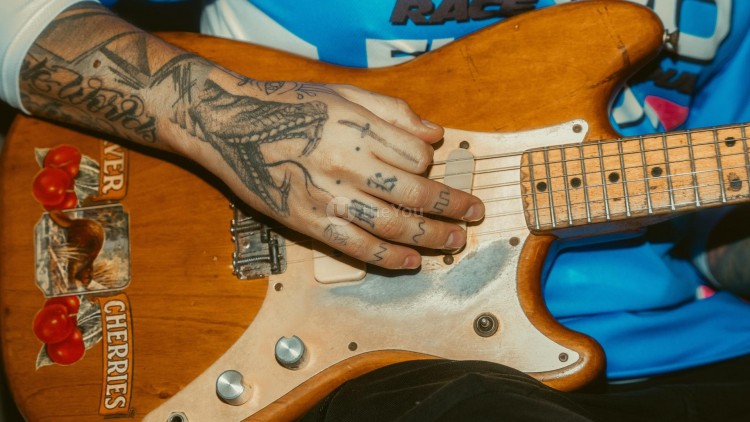 What does a snake tattoo mean? Different peoples have different interpretations of this imagery. Let’s explore the most popular meanings and look at modern designs of snake tattoos.

Different cultures have always treated snakes in different ways, but never with indifference. Snakes look mesmerizing and their poison can kill or cure. These creatures provoke in people fear, disgust, respect, and admiration.

Modern interpretations of the snake rely on the world’s cultural background. Such a design can have positive connotations, for example, calmness, wisdom, or practice of medicine. On the other hand, it can also speak about cunning, temptation, and craftiness.

The meaning of a snake tattoo also depends on other elements featured in the design.

A tattoo depicting a snake with flowers symbolizes living in harmony with the world and the immortality of the soul. In Buddhism, this imagery means the search for enlightenment, while the Japanese see it as a symbol of chastity. The Indians believe that a snake amid flowers represents women’s fertility.

If a snake is surrounded by peonies, it references the cyclical nature of life.

A snake with a rose means temptation with passion and the fall from grace. With the help of this image, a person wants to express eagerness to overcome their weaknesses or, vice versa, openly demonstrates them.

Such a tattoo on women can also mean a loss of innocence or attractiveness. If this tattoo is inked on the arm, the woman might see herself as a cold-blooded person.

This design reflects the never-ending battle between good and evil. The eagle stands for nobility, the strength of mind, and moral values, while the snake represents lowly desires, deceit, and betrayal.

Many tattoos feature a snake wrapped around a sword. In this case, the weapon might signify the battle and the snake – consistency, while together they symbolize life as a constant battle.

Ouroboros is an ancient symbol depicting a serpent eating its own tail, which represents the concept of eternity. Death comes after life, restoration follows destruction, and these cycles are never-ending.

Such a tattoo reminds of the evanescence of human life, the inevitability of fate, and the mortality of humans.

This imagery goes back to Greek mythology that associated the snake with the moon. Such a tattoo is often seen on women and means secret knowledge and wisdom.

Snake tattoos are often three-dimensional and tell a story through a complex scene. A snake can be wrapped around an arm or leg, wind its way from the shoulder to the chest or along the side of the torso. Small snakes can hide behind the ear, on the neck, under the shoulder blade, or between fingers.

Men often choose calves as a placement for a snake tattoo, which is meant to symbolize defiance in the face of life challenges or to demonstrate their inner strength and readiness to take on difficulties.

A snake on a woman’s thigh stands for sexuality, attractiveness, but can also symbolize betrayal by someone close.

The main meaning of an arm snake tattoo is being able to remain level-headed in difficult situations and having a cold-blooded and calculating nature. A bracelet snake tattoo on a man’s arm can speak of disappointment in love and distrust in women.

Snake tattoos are often performed in such styles as old school, realism, 3D, traditional, or Japanese, as many people prefer detailed and realistic images.

As you can see, the image of the snake is rich in symbolism and its flexibility and grace allow for creating beautiful designs. This is why snake tattoos are one of the most popular themes in the art of tattooing. Check out more photos of works in our photo gallery!

How to Do a Henna Tattoo at...
Prev article
Tiger Tattoo: Meanings and Design Ideas
Next article
Comments
0