Dolphins are very friendly and peaceful animals. The image of a dolphin carries only positive connotations and is associated with kindness, intelligence, openness, grace, and a carefree attitude. What meanings are commonly attached to this imagery? What are the peculiarities of every tattooing style? Scroll on to find out. 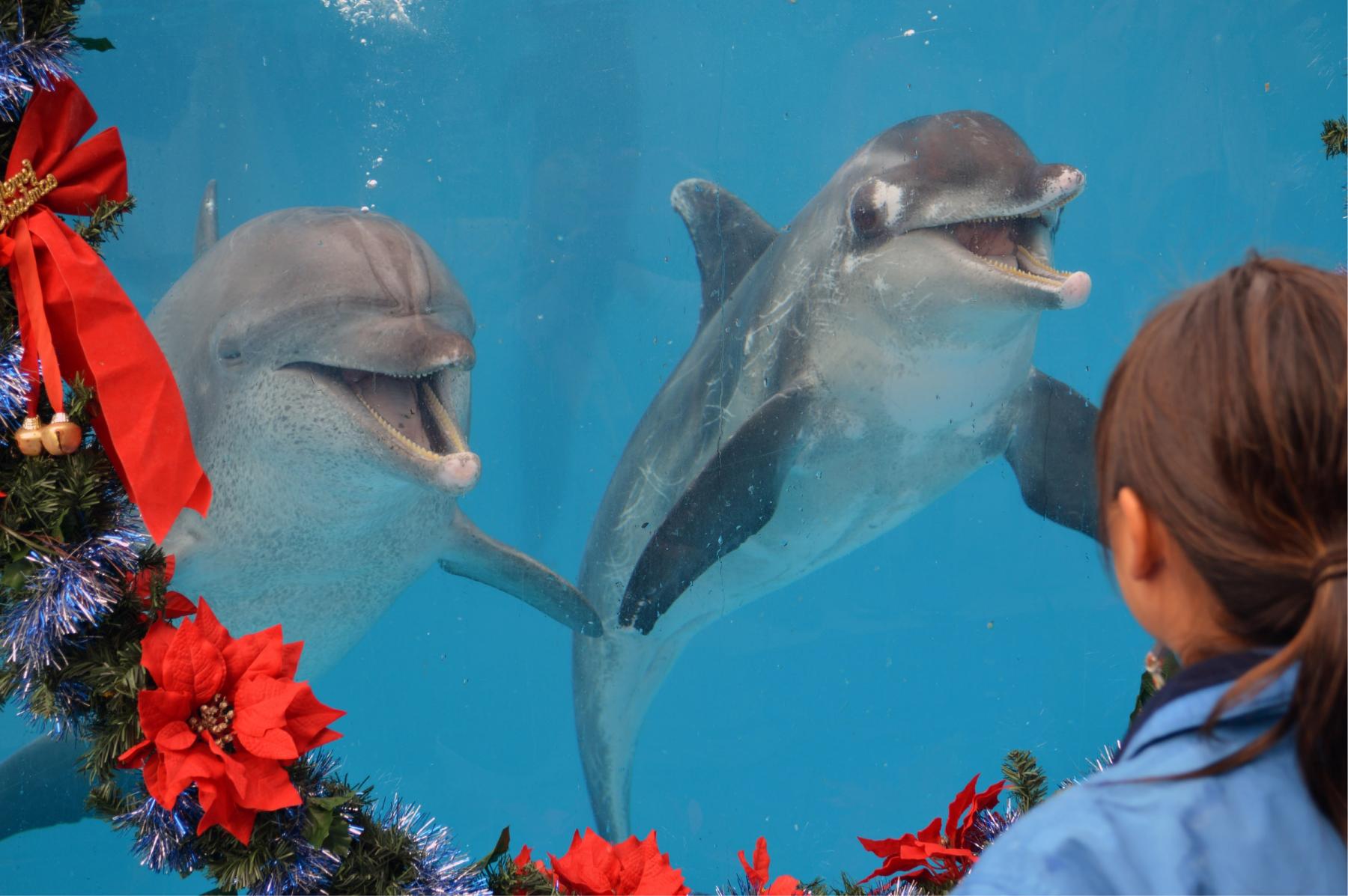 Dolphin Symbolism in Different Parts of the World

Dolphin images were quite common in ancient times. In Ancient Greece, Ancient Rome, Egypt, and North America, this animal was greatly respected, although in different ways.

In Greece, the dolphins were called ‘kings of the seas’ and were believed to be messengers of Poseidon. According to myths, the god of wine Dionysus turned drunk sailors into these creatures, which is why sometimes a dolphin tattoo may hint that the wearer’s profession has something to do with sailing. 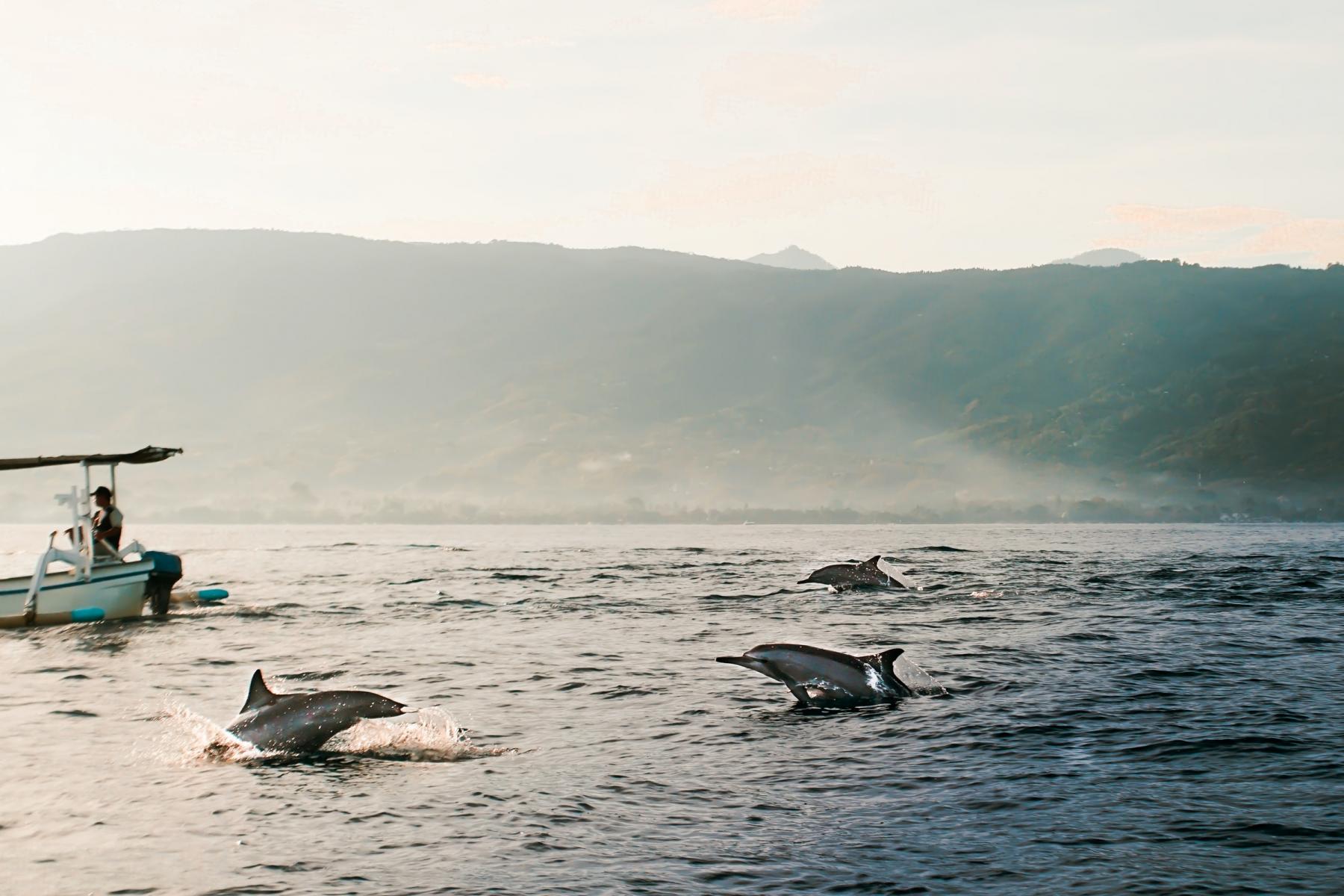 In Ancient Egypt, this animal was linked with the goddess of the Moon and was closely associated with magic. In addition, the dolphin was a symbol of good weather.

An interesting fact. A tattoo depicting a dolphin guiding a ship may denote that its wearer is a religious person. In Christianity, the dolphin is a symbol of Jesus guiding people.

Nowadays, this imagery is often treated as a powerful talisman that brings luck and gives protection from evil.

Let’s look at some common meanings. 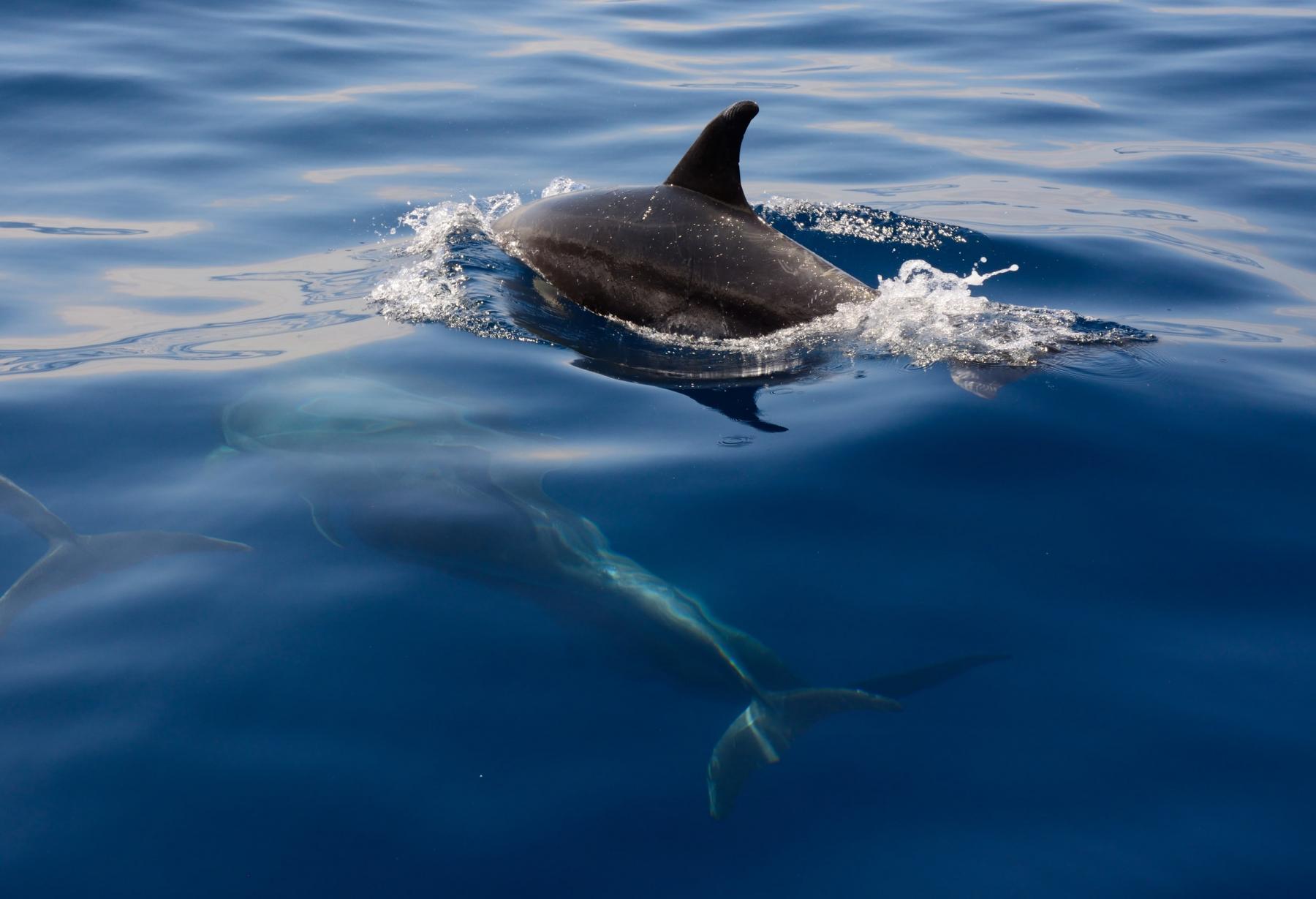 A dolphin tattoo on a woman can often represent one of the following things:

It’s common to see dolphin tattoos on men whose profession or hobby has something to do with the sea: surfers, swimmers, fishers, sailors, or fans of sea voyages. This is their way of expressing their love for the sea.

If a man has nothing to do with this, his dolphin tattoos may have the following meanings:

Tattoos depicting dolphins can be performed in different styles and colors, with the focus on the shape, color scheme, or realism of the picture, depending on the impact the wearer wants to make.

Dolphin tattoos are often done in such styles as ethnic, realism, Polynesian, and Celtic. Each style adds different connotations to the general meaning of a design.

Celts studied and venerated dolphins since ancient times. This is why all designs performed in the Celtic style bear positive meanings and are associated with the love of life and joyful emotions.

The meaning of the design is enhanced with the following elements:

Two-colored Trash Polka tattoos look no less attractive and symbolic than designs using a more diverse color scheme. The inking resembles a risograph print thanks to its black background and pops of red color.

The key to success is to choose a sketch that will look good in this style. Crisp lines and shapes make for a stylish and original piece of body art.

The peculiarity of this style is the use of geometric patterns that are weaved together in one image. It is somewhat similar to the Polynesian style. Although such artworks are two-dimensional, they stand out thanks to their uniqueness and bright colors.

A realistic dolphin tattoo looks like a photo. It takes a lot of skill to pull off a realistic tattoo, making both the elements in the front and the background look three-dimensional and realistic.

Realistic tattoos can depict a dolphin among fish, a group of dolphins jumping out of the water, or a couple of them playing with each other. A design featuring an anchor may speak of its wearer’s active lifestyle.

You can get a dolphin tattoo anywhere on the body, just make sure the size and shape of the design look good in the chosen placement.

Here are some tattoo artists’ recommendations.

No matter the placement, style, color scheme, and additional details, a dolphin tattoo is a powerful image with positive connotations. Choose the design to your liking and make it express whatever is important to you.