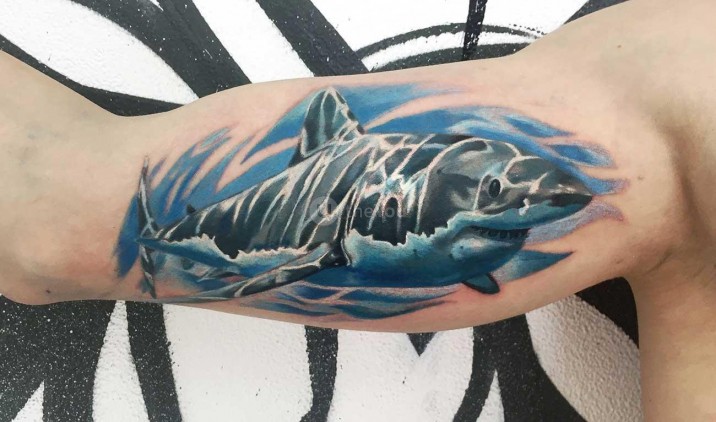 The fish is an ancient symbol that is found in many cultures and has lots of meanings. There is a great variety of these elegant water creatures, and their beauty is a great source of inspiration for art. All this makes fish tattoos very popular. Let’s look at their common meanings and some design ideas.

In the course of history, many cultures have come up with their own understanding of fish tattoos.

In general, a fish tattoo can have the following meanings: strength, wisdom, prosperity, abundance, and sexual energy. The meanings can differ for men and women, depending on the fish species, details and other imagery in the design. 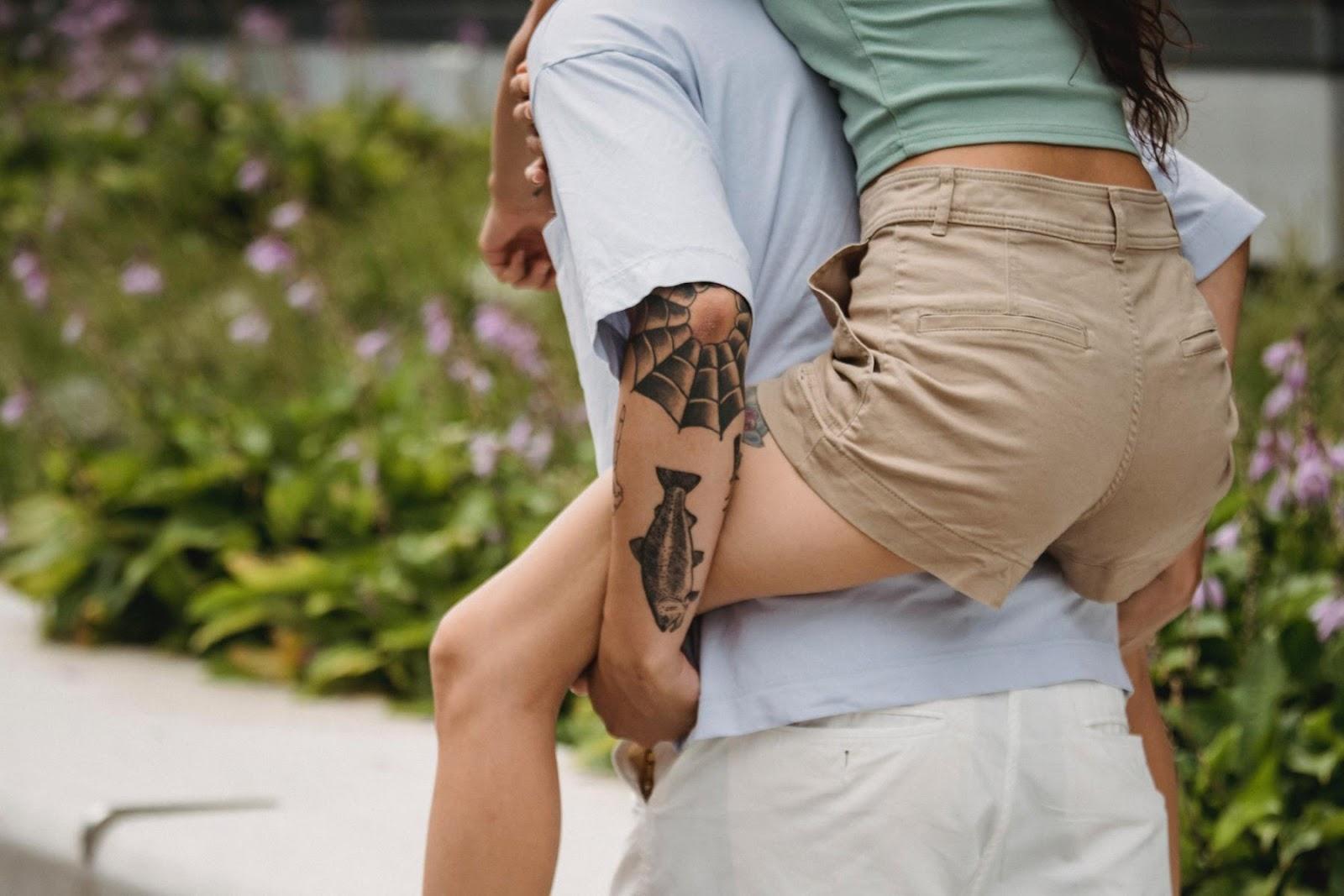 Fish tattoos can be placed anywhere on the body. Small designs can decorate ankles, wrists, forearms, or the neck. Large-scale sketches are placed on the back, chest, shoulders, arms, and thighs.

For women, fish tattoos often represent fertility, flexibility, grace, and strength. Another meaning can be aloofness and estrangement from the world. A sketch depicting two fish swimming towards each other or in opposite directions might express the harmony between what’s on the outside and on the inside. 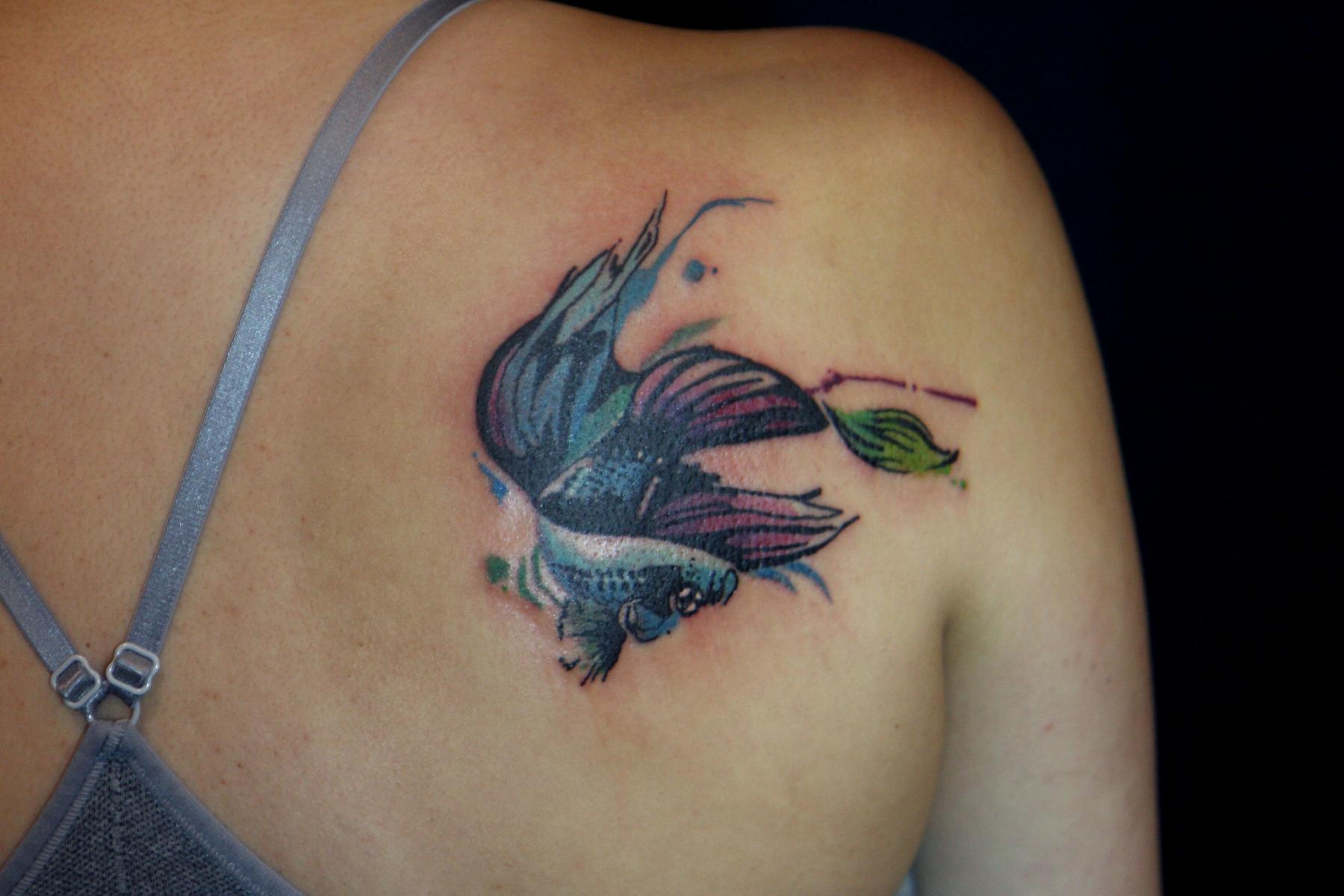 What can a fish tattoo on a man’s body mean? Here are some possible interpretations:

Keep in minds that the meaning of your particular tattoo will depend on details of the design. 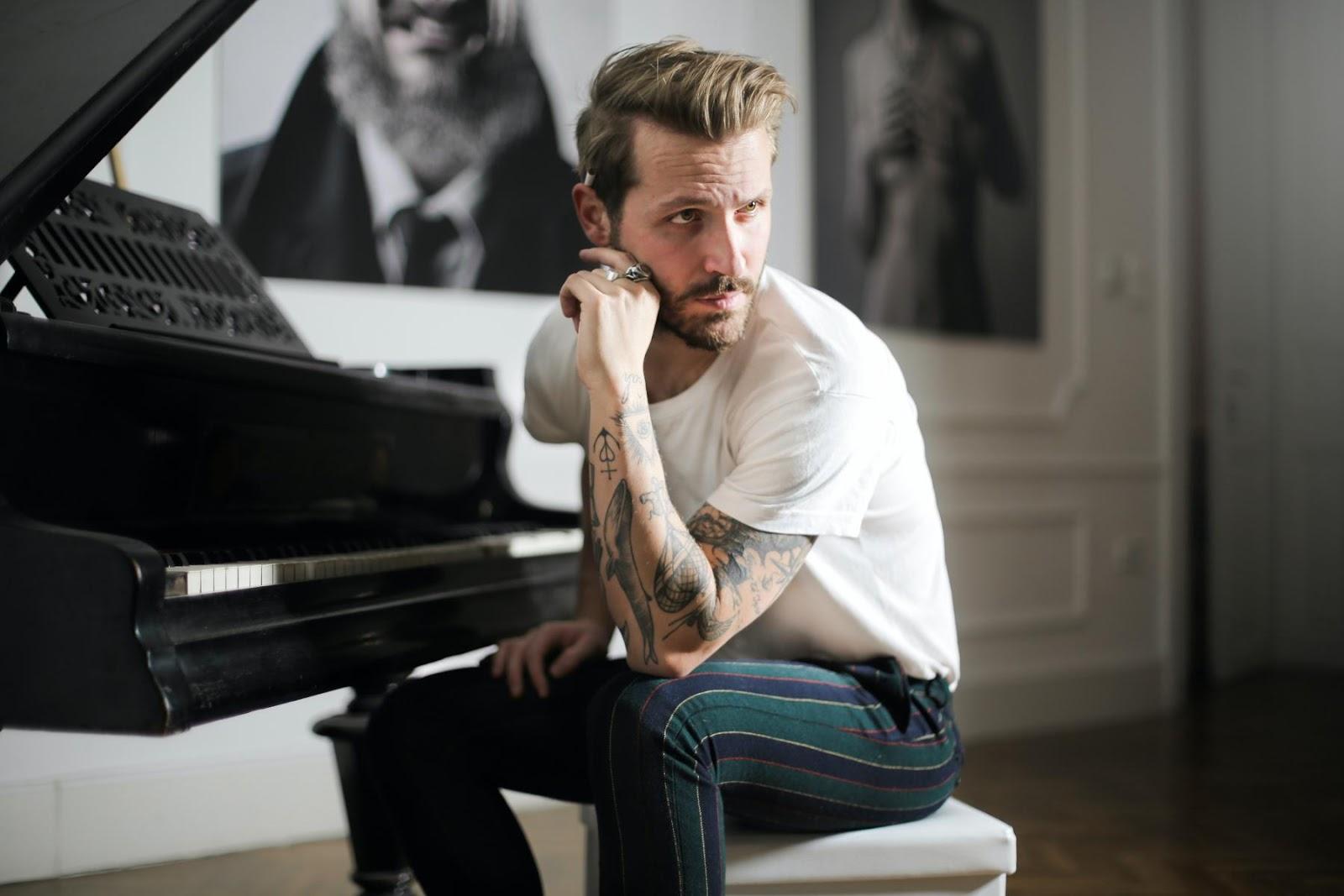 This symbol represents the dual nature of life, the male and female nature. The main meaning of such a tattoo is the harmony and dueling sides of all things, striving for and maintaining balance. This imagery is for strong personalities who want to seek improvement and can keep their desires in check.

The koi fish is a special symbol in the art of tattooing. Its meaning depends on the Eastern culture the design takes inspiration from.

For the Japanese, the koi fish body art is a demonstration of exceptional willpower and determination. This stems from the unique capabilities of this fish: it can swim against a strong current and travel without rest for a long time. Such a tattoo is meant to ensure longevity, achievement of goals, and success in overcoming difficulties.

The koi fish is also associated with male energy: assertiveness, leadership, and stubbornness in defending one’s own interests. Plus, it is believed to help attract good fortune.

In China, the koi fish is respected as the king of all fish and signifies superiority, a domineering character, ambition, and support from higher forces.

Buddhists interpret this imagery in their own way, focusing on independence and bravery.

A pair of koi fish represents a harmonious union between man and woman. A design featuring nine fish means that the wearer wants to attract wealth. For women, a color tattoo of a koi fish can represent hearth and home.

The interpretation of a goldfish tattoo is directly linked with its appearance and magical properties in legends. This body art especially appeals to women. Some of the properties attributed to goldfish include:

An intimidating and fearless shark is a common pick of men. A shark tattoo can signify the following:

This is one of the oldest imagery in this form of body art. The meaning of a skeleton tattoo depends on the design:

The meaning of a tattoo depicting the constellation Pisces coincides with the traits attributed to people born under this zodiac sign. Pisces are defined as calm and kind people who strive for comfort and who can put others’ interests before their own.

On the other hand, Pisces are also known as people with a weak will who can easily back down from challenges and who just go with the flow. However, there is certain wisdom in this. Pisces take life as it comes, with its joys and woes, ups and downs.

The main interpretation of the Pisces tattoo is its wearer’s ability to focus on what’s important, make the right decisions, and deflect negativity. Designs featuring two half-moon fish facing each other and linked by a perpendicular line signify a strong unity of the opposites, balance, and harmony.

Another interpretation of this body art tells about a person’s considerable creative capacities and the desire to express their personality without limits.

A tip from a tattooist: if you opt for a zodiac sign design, pick the color scheme with care. Pisces is the last constellation of the zodiac and is associated with the end of a life cycle and transition between worlds. It’s better to give preference to light colors to avoid negative connotations in your tattoo.

Fish tattoos are one of the most versatile in the art of tattooing. Check out beautiful works in our photo gallery and choose a sketch that suits your personality and goals.

Tips
Dragonfly Tattoo: Meanings & Design Ideas
Prev article
How to Do a Henna Tattoo at...
Next article
Comments
0